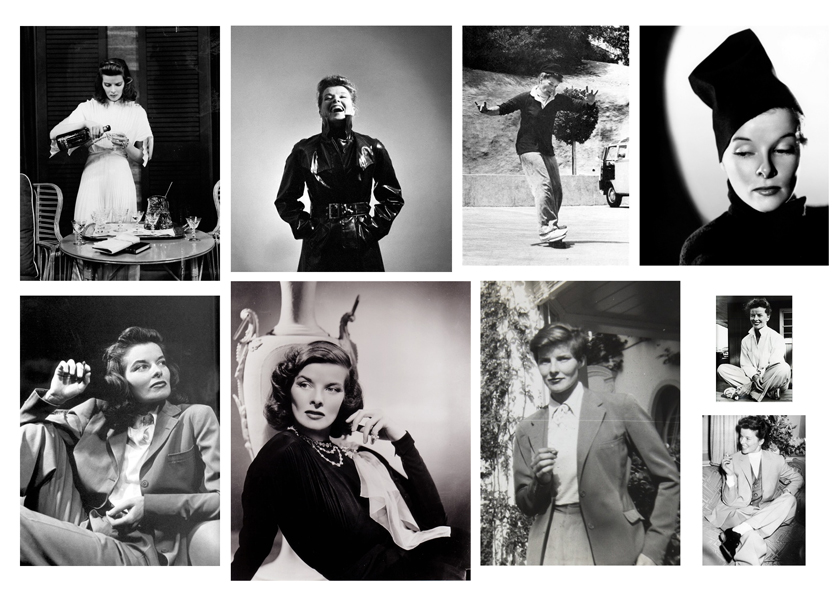 New York is welcoming a new exhibition about Katharine Hepburn, still acclaimed by many experts as a fashion icon, whose trademark consisted in wearing khakis and open-collar shirts, which were definitely unconventional in the 30s and 40s.

Katharine Houghton Hepburn (May 12, 1907 – June 29, 2003) was an American actress of film, stage, and television. Known for her headstrong independence and spirited personality, Hepburn’s career as a Hollywood leading lady spanned more than 60 years. Her work came in a range of genres, from screwball comedy to literary drama, and she received four Academy Awards for Best Actress—a record for any performer. Hepburn’s characters were often strong, sophisticated women with a hidden vulnerability

Hepburn, the iconic, once said: “Anytime I hear a man say he prefers a woman in a skirt, I say, ‘Try one. Try a skirt.’ ”

The famous actress who died in 2003 at age 96, has managed to save all her dresses from her awarded career that features four Oscars in such outstanding films like “ The Philadelphia Story”, “The African Queen”, “Guess who’s Coming to Dinner” and “On Golden Pond.” Forty costumes are on the exhibition which runs through January.

The director ofKentStateUniversityMuseum, Jean Druesedow, says that:” The fact that she wore slacks and wanted to be comfortable influenced women’s ready-to-wear in theUSA.”